The Glitter on the Undersurface (2014) by Kari Besharse (World Premiere)

fireflies were making decodable signals on behalf on stranded spirits, or that a bat was writing a legible tale of torture in the bruised and branded sky (2014) by Philip Schuessler (World Premiere)

Read on for more info about the visiting performers and composers featured on this show! 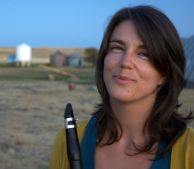 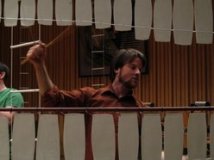 A founding member of Mantra Percussion, Michael McCurdy also performs with The Knells, Hi Red Center, Susan Marshall & Company, The Yehudim, and as a soloist and clinician at music festivals and universities throughout North America.

He is a champion of new music -commissioning, premiering and recording music written by living composers. Many of these works blend music with dance, with text and theatre, and with electronics or interactive computer.

In addition to performance, Michael manages Red Poppy Music — publishing, promoting and managing the works of Michael Gordon, David Lang and Julia Wolfe, the co-founders of Bang on a Can.

Please support our mission of presenting the classical music of today in New Orleans and surrounding areas. Your charitable donation helps to ensure that New Orleans is a home to vibrant new music concerts and welcoming to the composers of today. Versipel New Music is a 501 (c) (3) non-profit organization. Any donation made to Versipel New Music is tax-deductible to the extent permitted by law.